Hiba had called me during the week and reminded me that Ayham’s birthday is Feb 10. He is turning 3 years old! This will be his first birthday in Canada. We agreed that she would bake a cake and bring it over to our house on Saturday Feb 11. 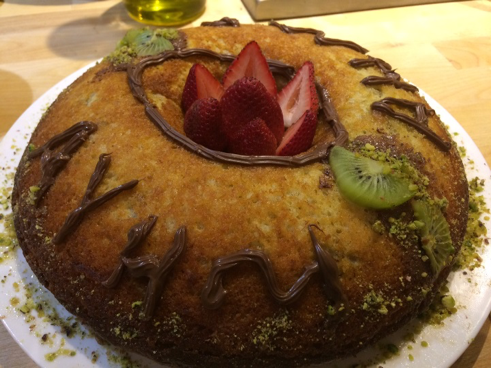 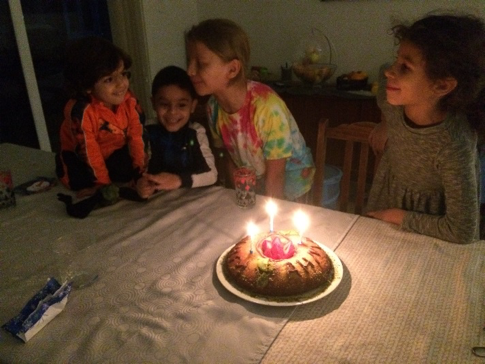 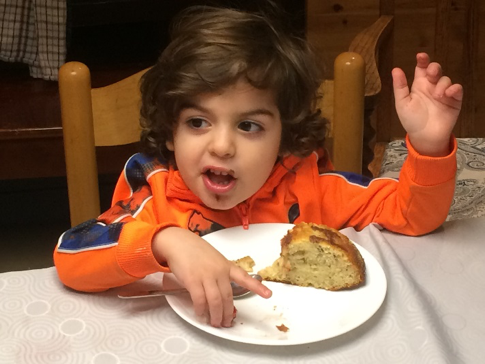 Jamal had chicken marinating and he made shawarma for us, special bread folded with home made mayo, pickles and the delicious chicken. It was yummy! Then we sang happy birthday to the birthday boy. He was happy to blow out the candles. Jamal made jokes that he wants to have twins and he will name them Justin & Trudeau Jamal Halabi. Then he wanted to know if I like his food or Hiba’s better. 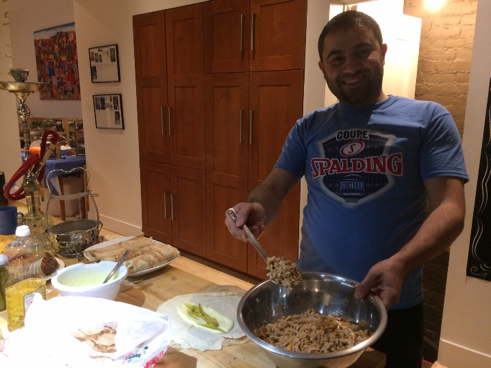 We talked about their one year anniversary coming up. Hiba told me that it was on Ayham’s birthday last year that they had the phone call that they would be going to Canada. They were so excited they couldn’t sleep! And the next day they went shopping for pajamas that would be warm enough for Canada because they knew it would be cold here.

Jamal told me that so many of his friends had phone calls for 2 years saying they were going to Canada and how he would cry and say bye to them and wonder when he would get a call, or maybe he would never get a call. Bittersweet memories were shared this evening. Hiba’s brother Skype her for a long time this afternoon, we all said Hi to him and waved. They told us it was dark in Benghazi, Libya. He has electricity for 1 hour, then off for 4 hours and when they called it was very dark at their end. Their siblings are spread out all over because of the war.